Stay in the know!

The Bradbury Group offers a line of roll forming machines that can help take some of the challenges out of manufacturing deep profiled metal building gutters and square downspouts.  These profiles are often produced on folders and can be difficult to handle because of the long lengths required.  Square downspouts typically get seamed or riveted during a secondary process because it is not a capability of the folder.

END_OF_DOCUMENT_TOKEN_TO_BE_REPLACED 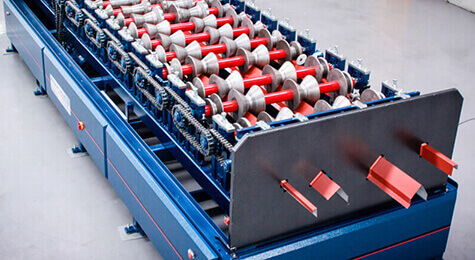 Adrian De La Cruz recently joined the team at Bradbury Group Australia as Senior Sales Engineer. Adrian will work closely with the management team at BGA to drive sales and find new market opportunities. Previously, Adrian worked for Savaria Australia where he was instrumental in introducing the Canadian designed elevators to the Australian building industry. Prior to his time at Savaria, Adrian worked in the sky light industry as a manufacturing engineer and sales consultant, where he was associated with many BGA customers. Adrian has a bachelor’s degree in Civil Engineering and approximately 13 years of experience selling metal roofing, steel decking, steel cladding, and other roll formed metal building products.